🔔 A look-back at a frightful six months for savers

We are already halfway through 2020 and so much has happened – not least the Bank of England base rate plummeting to its lowest ever level. 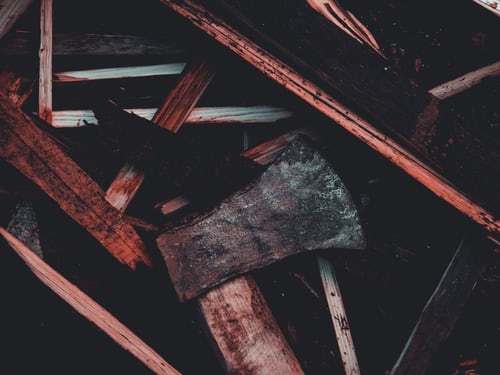 I know it has been a tough time for everyone, but for savers this collapse in the base rate means that the last six months have seen things go from bad to worse.

It’s hard to fathom just how those providers can justify such shoddy treatment of their customers, especially when it means that, in some cases, loyal savers are now earning virtually no interest of their hard-earned cash.

Since March this year, around 3,000 existing variable rate accounts have been cut – which is over 70% of the market – and there are now over 700 accounts that are paying less than the current base rate of 0.10%.

Many of these accounts had already suffered previous cuts - even before any reduction in the base rate – so will have experienced a double whammy.

As a result, there are many accounts paying as little as 0.01% - and these are not obscure, little-used providers. These so-called savings accounts are being offered by the high street banks.

Lloyds, HSBC, NatWest, Barclays, Halifax and Santander, to name just a few, are all paying 0.01% on their popular easy access accounts. On a balance of £50,000 that means earning just £5 a year – little more than the cost of a pint of beer!

Savers have to keep a close eye on their accounts to make sure that they are not simply allowing the interest earned to dwindle to almost nothing.

What is interesting so far this year, is that closed ‘off-sale’ accounts seem to have been less badly affected than existing on-sale accounts. For example, the average easy access on-sale account has dropped from 0.51% at the beginning of the year, to 0.22% today. Whereas the average off-sale easy access account rate is 0.33%. So, it’s worth examining your accounts carefully to see if you have a gem amongst them.

For example, Shawbrook Bank’s closed Easy Access – Issue 17 is still paying 1.41%, as the bank is yet to cut the rate on this account.

It’s not just existing savers who are feeling the pain. Best buy rates have fallen heavily too – with cash ISAs really taking the brunt of the cuts. At the beginning of the year, the best 1 year fixed rate ISA was paying 1.40% - today the best you can do is 0.65%. Sharia provider Gatehouse Bank is offering a little more at 0.70% - but this is still only half the best rate on offer just six months ago.

Non-ISA accounts have not fared much better. Fixed rate accounts have fallen to the lowest level that we have seen, certainly since Savings Champion launched back in 2011.

Those who opened a five-year bond in July 2015 will be in for a nasty shock when their bond matures. They could have been earning over 3% AER – today the best five year bond is paying less than half that – at 1.40%.

Little did we know just how bad things could get.

The only tentative good news is that the falls do seem to have slowed more recently, so perhaps we have already seen the worst of it – so now what we have to hope for is an injection of competition. We do know that there are some new banks waiting to launch into the market, which will hopefully bring some much-needed competition, even if this may end up being short lived.

The most important thing to remember is that you can still make a real difference to the interest in your pocket by choosing from the best accounts available. For example, you could earn far more in interest by choosing the best easy access account available rather than one of the shocking accounts from the high street banks mentioned above.

Whether you have new money to deposit or you are reviewing accounts you already hold, NS&I has remained steadfast amongst the receding competition.

As lockdown started, NS&I announced that it would cancel planned cuts to its easy access accounts, which has seen the Income Bonds, Direct Saver and Investment Account increase in competitiveness as the rates on other accounts have fallen.

NS&I now has three easy access accounts in our top five and the Income Bonds account is paying a market-leading monthly rate of 1.15% gross.

So, here’s to the rest of 2020. At the moment things aren’t looking too bright but we’ll keep you updated with the very best savings accounts, so that you can get as much interest as you possibly can in the challenging times we find ourselves in.