🔔 Bank of England raises base rate to 0.25% - ​soaring inflation forces the MPC into action

Although there was a great deal of uncertainty about when a base rate increase would happen, especially given the disappointment in November, following soaring inflation, the Bank of England’s Monetary Policy Committee voted 8 to 1 to raise the base rate from 0.10% to 0.25% in its December meeting. 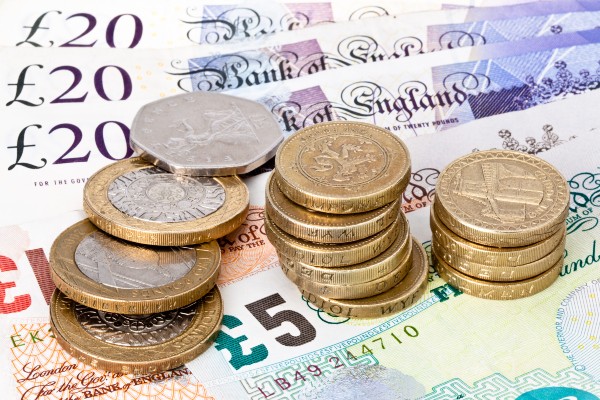 Although it’s only a small increase, many savers will breathe a sigh of relief as this could be the beginning of a change and something that savers so desperately need, especially with inflation eroding their money at a faster pace than it has for some time.

How are savings providers likely to react?

With the latest inflation figures soaring, unfortunately today’s move alone is unlikely to really help savers that much.

Without wanting to put too much of a dampener on it, savings rates are unlikely to change immediately and we’ll have to wait and see if the full rise is extended to all variable rate accounts – which is unlikely, judging by the previous behaviour of the banks and building societies.

Following the last two rises in the Bank of England base rate, a number of providers did not increase some rates on their existing accounts at all. In fact, following the first increase in the base rate in November 2017, just 50% of all variable rate savings accounts increased at all and after the most recent increase in the base rate in August 2018, just 32% of all variable rate accounts saw any increase.

The bottom line is that you can’t depend on your savings provider to pass on any base rate rise in its entirety, or sometimes at all. There is no hard and fast rule, and some providers will be better than others.

Even if providers do pass on the full rate rise, if savers have money languishing with their high street provider, they will still be getting a raw deal.

For example, with all the high street providers currently paying easy access customers just 0.01% gross/AER, in the unlikely event that they pass the full 0.15% base rate rise to these customers, on a balance of £10,000, the interest earned will increase from £1 per annum to just a miserly £16 gross per annum. But we suspect that these appalling accounts will see little change in the rate paid, following the 0.15% boost today in the base rate.

However, a savvy saver in the market leading Investec Online Flexi Saver will currently be earning £71 gross per year (0.71% gross/AER) –  still £55 more than with their high street bank even after a 0.15% rate rise, which is unlikely to happen.

And if you don’t need access to the money, you could earn even more. The best 1 Year Fixed Term Bond is with Sharia provider Gatehouse Bank and is paying 1.41% - on £10,000 that would mean a return of £141 expected profit over the term. Now that’s far better than £16!!

The good news is that best buy rates across the board have been steadily increasing over the last few months, with many hitting a one-year high. So, don’t rely solely on the base rate rise, move your money to improve your interest right now.

How damaging is higher inflation?

With the latest Consumer Prices Index inflation figure hitting 5.1%, did you know that cash sitting in an account with your high street bank could lose half it’s real value in just 14 years?

Try our NEW Inflation Calculator to see how inflation could be destroying your wealth and how switching to a better account can help, even though it can’t currently eliminate the problem.