🔔 Base rate rises to highest level for 13 years – but are savings providers playing fair?

Another Monetary Policy Committee (MPC) meeting happened this week, on Thursday 5th May, during which another base rate rise was announced.  The Bank of England base rate is now at 1%. 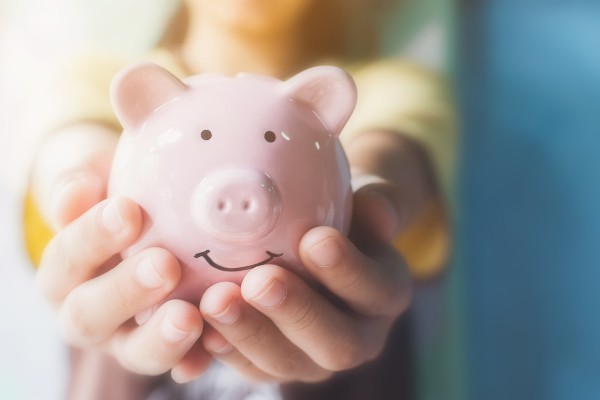 After four rises on the trot, this is the first time the base rate has been at 1% since February 2009 when it was heading downwards following the Financial Crisis in 2008.

As a result, we would hope - and expect - to see further rate increases from savings providers and perhaps with greater urgency. There is some momentum now and since the last base rate rise on 17th March, 74 providers have increased at least some of their existing variable rates, although not by the full base rate rise and not all accounts have changed either.

Before the introduction of the Funding for Lending Scheme (FLS) in August 2012, best buy easy access rates were paying more than 3% - even though the base rate then was just 0.50%, so it would be good for savers to see rates heading back up to these levels, at least.

The FLS was launched by the Bank of England and the Government in order to encourage banks and building societies to expand their lending to both individuals and companies, by providing funds at cheaper rates than they would need to pay savers.

The introduction of this £80bn scheme was the real start of the severing of the link between the base rate and savings rates. Overnight, best buy rates plummeted as savings providers raced either to the bottom - or even out of the best buy tables - as they no longer needed to raise money from savers. And unfortunately this practice of cutting savings rates willy-nilly continued unabated.

The pain for savers is further exacerbated in conditions that we currently see ourselves in. When the base rate fell, many providers were quick to pass on much or all of the cuts, but the same cannot be said for when the base rate rises – especially when it rises in succession as we’ve seen since December 2021. Many providers have been very reluctant and slow to treat their customers fairly – they are quick to increase their variable mortgage rates, but far more reluctant to do the same with their variable savings rates.

Halifax was caught out this week when it accidentally sent an email to its mortgage customers on Tuesday 3rd May saying;

“We sent you an email earlier today saying that the Bank of England base rate had changed, this was an error. Please accept our apologies for any confusion caused by this.

The base rate has not changed today, the next scheduled Bank of England announcement is Thursday 5 May at midday. If a change is announced we'll be in touch to let you know how it affects you.”

But that error indicated that the bank already knew that it would be increasing its variable rate mortgages – we are less certain what its plans are for its million of savers. So far, even though the Bank of England has raised the base rate four times, by a total of 0.90%, Halifax has raised the interest rate on just four of its accounts and only once, three of which have risen by 0.14% and one account (ISA Saver Variable) has increased by 0.19%.

That said, the fact that Halifax has increased the rate on its Instant Saver and Everyday Saver accounts to 0.15% actually puts the other high street banks to shame, if you can believe it.

HSBC, Lloyds, NatWest and Santander have only raised the rates on their easy access accounts by 0.09%, so are paying just 0.10% AER – that's just £10 in interest a year for every £10,000 deposited. And Barclays has not even bothered to do that. Its Everyday Saver is still paying 0.01% - almost five months after the base rate first increased.

It’ll be interesting to see what the high street banks will do next – my suspicion is that sadly they’ll do very little.

The last time the base rate increased to 0.75% in August 2018, on those same easy access accounts, Barclays increased its rate to 0.25%, HSBC to 0.15%, Lloyds to 0.20%, NatWest to 0.20% and Santander to 0.35%. So, they have all taken advantage of their savers through this incredibly challenging time when inflation is rising rapidly.

An article in The Times last weekend announced a surprise profit jump for NatWest. The bank’s pre-tax operating profits rose by 41% to £1.25bn, from £885 million a year earlier. Revenues were up 17% at £3bn helped by a 10% rise in net interest income which is the difference between the interest earned on loans and the interest paid on deposits.

That says it all. If there is an outcry for the oil and gas companies to be paying a windfall tax to compensation hard pressed customers, what about these banks?

But some providers do still want your cash

High street banks aside, the good news for savers is that there are rates that are on the rise for both new and existing customers, albeit generally not at the same pace as base rate.

That said, the best easy access account currently available (as at 6th May 2022) is with Chase Bank. Its Chase Saver Account is paying 1.50% AER, so you’d earn £150 in interest on your £10,000 – but still with immediate access to your money. A year ago the best easy access account available for new customers was 0.45% AER – which just goes to show what several increases in the base rate as well as some healthy competition can achieve.

But there are still a lot of accounts paying far less than this which is why it’s now time to review what you are earning, and switch if it’s not competitive.

Fixed term bond rates are also still rising. On a similar note to the recent activity for easy access accounts, a year ago the best 1 year fixed rate bond was paying 0.70%. Those with bonds maturing now can earn more than double this, with the best rate of offer with Shawbrook Bank paying 2.15% AER.

Although rates could increase further it’s tricky to know when to tie up your money, as you may kick yourself for locking in too soon unless you are lucky enough to fix right at the top of the market, which would of course be far more luck then judgement. And all the time you are waiting until the next best rate comes along, you will be earning less where you are in the meantime, so that’s a key consideration.

Instead of waiting, perhaps lock some of your money up for the shorter term so that you are earning more on that cash, while leaving some available to take advantage of any better rates that may come along – because if you wait too long you may even miss the top of the market as well as having missed out on better rates in the meantime.