🔔 Cash ISAs are 21 years old. Have they come of age or are they past it?

To a certain extent, cash ISAs have come of age. Savers can now deposit their whole ISA allowance into cash if they would prefer to do so. Before changes in 2015, only half the allowance was allowed into a cash ISA! 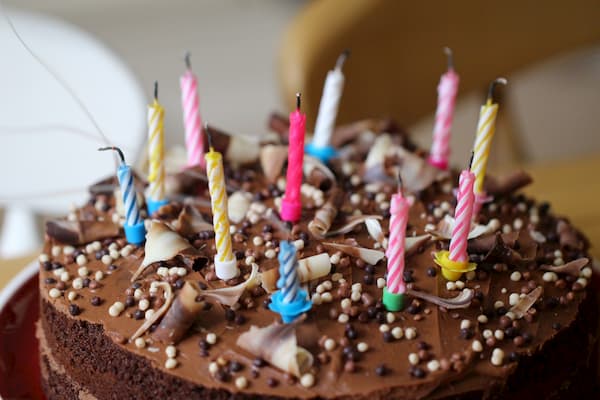 A cash ISA used to be the obvious first choice for all savers, as the interest earned is tax free - always.

In the past, there have been fierce battles to attract cash ISA customers – with best buy cash ISAs often outstripping the rates on non-cash ISA best buys, making them the best option, even for non-taxpayers – something that savers today will probably find hard to believe.

But, much has happened over the years, which has impacted the popularity of this stalwart of the savings market. In particular the introduction of the Funding for Lending Scheme (FLS) in July 2012 - which prompted best buy cash ISA rates to fall by as much as 60%.

Then the Personal Savings Allowance (PSA) was introduced in April 2016.

Additional rate taxpayers do not have a PSA so they need to pay tax on all savings interest outside an ISA.

Both the FLS and PSA have had a dramatic impact, reducing both the best buy rates and the popularity of Cash ISAs.

As a result, today there is often a big gap between best buy Cash ISAs and the non ISA equivalents, with the latter often paying far more in gross interest. This means that for many savers who are not paying tax on their savings - as the interest they are earning is within their PSA - there is little incentive to open a Cash ISA. It’s now much more difficult for savers to decide whether to bother with a Cash ISA or not, unless they are additional rate taxpayers, or fully utilising their PSA.

Understandably this has resulted in a drop in Cash ISA popularity, but it’s important not to simply dismiss them out of hand.

Remember, if you don’t use your ISA allowance, it is lost forever as you cannot go back and utilise it retrospectively. As a result, if circumstances change, for example if interest rates rise, which means your PSA is used more quickly or should the PSA be abandoned, you could end up paying more tax on your savings in the longer term.

The good news is that as more ‘Challenger Banks’ add Cash ISAs to their range of savings accounts, hopefully some competition will remain in the Cash ISA market and we may even see some battles for the top spot as the ISA season begins. As well as the likes of Virgin Money who have been very active in the market for years, new banks such as Paragon Bank, OakNorth Bank and Hampshire Trust Bank have also become regularly featured in the Cash ISA best buy tables.

But that is the key, loyal savers who have stuck with their high street banks are missing out on valuable tax-free interest, compared with the best deals on the market.

Although the Cash ISA rates on offer from the UK’s biggest banks pay higher rates than their non-ISA equivalents, they still pale into insignificance when compared to the best on the market.

By moving from some of the lowest paying accounts with the likes of Santander, to the top-paying account paying 1.25%, on a deposit of £20,000, that is the difference of earning either £2 a year (assuming the rate of 0.01%) or £250 a year in tax-free interest.

A general malaise has spread across the savings market because of the continual low rates of interest available. But savers need to realise that the high street banks are using this to offer them much lower rates than they can get elsewhere because of the feeling that ‘there is not much to be gained by switching’. Savers who fail to move their money from these accounts are allowing themselves to be robbed, as they are missing out on additional tax-free interest compared to the top-paying accounts.

The most worrying thing is that with interest rates back to rock bottom levels, savers may be tempted into investments that pose a higher risk than they would normally look to take. Worse still, they may be tricked into depositing their money into an account that appears similar to a normal savings account, offering mouth-watering rates of perhaps as much as 8% or more. But these are investments that are unprotected by the Financial Services Compensation Scheme and not guaranteed to repay your money.

The marketing of these bonds seems to become more prolific in the ISA season which normally begins in February. So the Financial Conduct Authority has introduced a temporary ban on the mass marketing of speculative mini-bonds to normal retail investors from 1st January 2020.

The then Chief Executive of the FCA, Andrew Bailey said “we remain concerned at the scope for promotion of mini-bonds to retail investors who do not have the experience to assess and manage the risks involved.”

He added “This risk is heightened by the arrival of the ISA season at the end of the tax year, since it is quite common for mini-bonds to have ISA status, or to claim such even though they do not have the status.”

However, that doesn’t mean that there won’t be unregulated companies or scams that are unlikely to adhere to the ban and the regulator has little power to do much about this.

So, savers need to be on their guard. If it looks too good to be true and does not appear on trusted savings account best buy tables such as those on Savings Champion’s website, then it is not a simple savings account – therefore your capital could be at risk.

Navigating the ISA market may sometimes feel like crossing a minefield and too much choice and complexity means that many will decide to simple leave well alone as it might be better to make no decision rather than a bad one – but this is a shame as they will potentially miss out on the valuable tax breaks that an ISA can bring.

Those who have always used their Cash ISA allowance could have built up a lump sum of over £175,000 or more* and if they had used their TESSA allowance (the predecessor to Cash ISAs) before this, they could now have almost £200,000 in a tax free savings account. Even with rates as low as they are, this could mean an extra £420 in interest per year (£2,500 pa rather than £2,080 pa**). Better in your pocket than in the tax man’s?

And if savings rates do eventually rise (surely it must happen one day) and they become competitive once again, this would become even more valuable.

*Assuming the maximum Cash ISA allowance was invested on the first day of the tax year and earned the equivalent of the Bank of England base rate, the amount that would currently be held in Cash ISA would be £175,292. In addition, if the maximum amount was invested into a TESSA from 1/1/1991 each year and again earned interest equivalent to the Bank of England base rate, the TESSA cash could now be worth £23,629.