It’s been tough for savers for many years now – but 2020 has taken things to a new level of tough.

As you will all be aware, back in March as we were heading into the first lockdown, the Monetary Policy Committee at the Bank of England cut the base rate – not once, but twice – in the space of two weeks, firstly from 0.75% to 0.25%, then to its current historic low of 0.10% the following week. 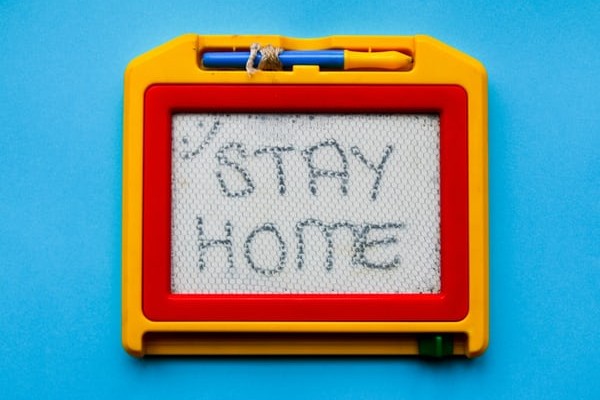 And, although the latest base rate decision has given us a reprieve, we still have the spectre of negative interest rates looming over us.

So what has all of this done to interest rates?

Well, firstly anyone with cash in a variable rate account is likely to have seen the interest they are earning fall, as there have been almost 4,500 rate cuts to existing variable rate accounts over the last eight months. Some have fallen to rock bottom rates – for example ALL the big brand high street banks are paying 0.01% on their on sale easy access accounts, as is NS&I.

But that’s not all; as the following graph shows, we have also seen best buy rates – so the best accounts that are available to open – falling. This chart shows the average top 5 best buy easy access and fixed rate bonds of various terms and as you can see, overall the rates have been falling. 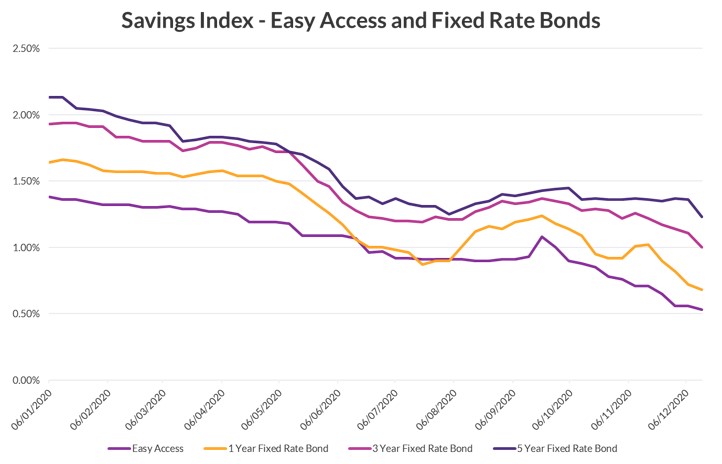 Best Buy rates across the board have fallen by almost 50% or more. Back in January the best easy access accounts were paying 1.40% AER – today the best account from Aldermore is paying 0.60% - and that is a restricted access account as you can make only two withdrawals a year.

The best 1-year bonds were paying 1.65% AER – unfortunately those with bonds maturing early next year will see the interest rates available for reinvestment plummet – at the time of writing the best 1-year bond is paying just 0.80% AER. This means for someone with a deposit of £85,000, the interest earned will fall from £1,190 to £680!

Has it all been bad?

There have been some bright moments which have really been brought about by new – or certainly lesser-known providers, such as DF Capital and ZOPA to name a couple - launching competitive accounts which picked things up a bit.

But just as we were feeling a little more hopeful, back in September National Savings & Investments (NS&I) made its devastating announcement that it was to cut the rates on some of its most popular accounts, to the bone. These cuts took effect from 24th November. For example, its easy access Income Bonds account was cut from 1.15% (a market leading account) to 0.01% - HERO to ZERO in one fell swoop. As there is so much money held in NS&I accounts, this has had a negative impact and once more rates are falling. This and the ongoing speculation that we could experience negative interest rates for the first time in the Bank of England’s 326 year history has brought the savings market to its lowest level ever.

Even the subsequent fall in the headline rate of inflation hasn’t helped those who rely on the interest they receive from their hard-earned and diligently saved cash. Even if inflation is low, this doesn’t necessarily mean that the cost of items that we need to purchase is falling in price too – they are just not rising in price as quickly as they have in the past.

Although the expectation has waned a little, even if negative interest rates were introduced, we wouldn’t expect to see banks and building societies charging their customers for holding savings with them – although invariably it will still have a negative impact.

But there will still be those new and lesser-known providers who still need to raise money from savers – so will pay you an interest rate in order to do so. And these rates can’t be any worse than the high street banks – who are all now paying just 0.01% on their easy access accounts. To fully understand just how bad that is, if you have £85,000 you will earn just £8.50 a year, GROSS!!!So maybe just enough for a couple of take-away coffees per year!

And many will think that that this is indicative of all they can earn. But it’s NOT – these are the worst rates on the market! Even now, although things are bad, you can do better.

For example, as mentioned above, the best easy access account at the time of writing is paying 0.60% - (albeit with restricted access) – but even at this low rate you would earn £510 gross over 12 months – an uplift of over £500.

What we can expect next is the six-million-dollar question! There is still so much uncertainly with both the Vaccine hope and the big Brexit deal or no deal situation that it’s impossible to make a call.

That said, the vaccine programme could see the beginning of the economic recovery, which in turn could push up inflation - which may lead to an increase in the Bank of England base rate and hopefully savings interest rates.

There are also new banks waiting in the wings and as we’ve seen before, these new banks seeking new customers can often set a cat amongst the pigeons, albeit usually only for a short period.

So, in summary, although things are tough for savers, it still makes sense to check what you are currently earning – and switch. It can make a difference.

Remember to sign up for our FREE Weekly Best Buy email if you want to keep up to date with the best rates available.

If you’re dismayed with the rates being offered by the banks and would like to explore other options outside of cash why not get in touch. We’re  currently offering all those with £100,000 or more in savings, investments or pensions a FREE financial planning review with one of our TPO colleagues, worth up to £500. You can find out more here.