There has been plenty of drama over Brexit over the last month – most notably the new deadline of 12th April and the eventual extension of that deadline. 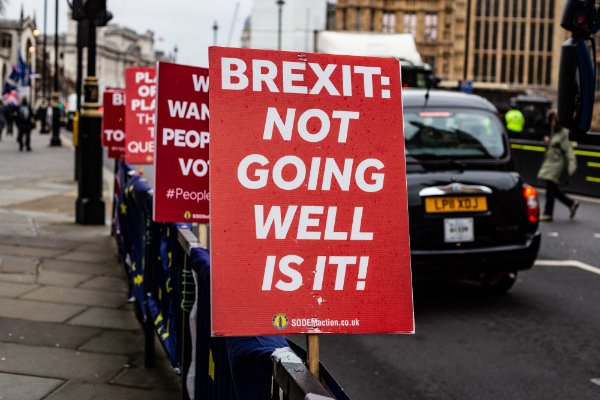 However, while the pound did fluctuate in the run up to the 12th, the lack of urgency that the October deadline presented together with the Easter break meant that it was largely quiet. Cross-party talks began before the long weekend, but seem to be only gathering momentum after politicians returned refreshed from the Bank Holiday and as yet, there are no concrete developments.

Theresa May intends that the UK should leave the EU by the 22nd May, rather than waiting until the clock has run out on the latest extension, in order to avoid participating in EU elections. This may cause some volatility in May, depending on her approach and the likelihood of the deal passing through parliament by this date.

The economic numbers didn’t give the pound much assistance after the market quieted down over Brexit; this may be because they present a mixed picture.

In February, manufacturing production increased by 0.9% and industrial production by 0.6%; it was announced this month that the manufacturing Purchase Manager's Index (PMI) hit a 13-month high and the economy expanded by a provisional 0.2% in the month but all of those numbers were assumed to be related to stockpiling ahead of Brexit.

More concerning was services PMI; given that the service sector comprises 79% of all economic output the result of 48.9 put services in the shrinkage zone. Beating forecast, retail sales jumped 1.1% in March – 6.7% higher on the year – but headline inflation came in lower than expected at 1.9%.

Bank of England due to make interest rate decision

The overall impression that the figures gave investors was that the Bank of England is likely to hold off raising interest rates in the near future, even though fears of a no-deal Brexit in the immediate future have been allayed for now. A recent Reuters poll of leading economists found that the Monetary Policy Committee are not expected to change the 0.75% interest rate, with predictions for no increase until November, or in some cases until the first quarter of next year.

In the absence of good news on Brexit and clear direction from the economic statistics, however, even slightly hawkish tones from the Bank of England at the beginning of May could prompt some volatility.