🔔 As inflation falls to its lowest level in three years, the Bank of England admits to the possibility of negative interest rates.

This week’s announcement from the Office for National Statistics (ONS) that the Consumer Prices Index (CPI) inflation rate for April had dropped from 1.50% to 0.80% might appear to be good news for savers. 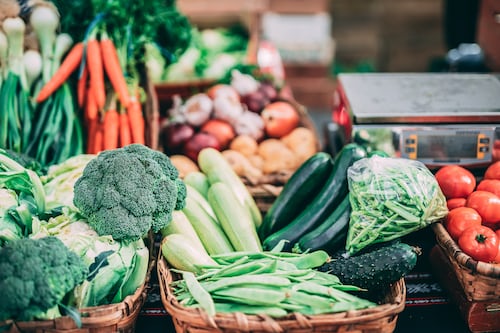 However, although inflation is falling, at 0.80% the cost of living is still increasing - albeit at a slower rate for now. In the meantime, the pounds in people's pockets are disappearing - fast.

Those who don’t need the interest they earn on their savings to live on, but are looking to keep up with inflation, can now do so far more easily with inflation at this level as more accounts now match or beat the rate of inflation in real terms.

Although there is currently a torrent of savings rate cuts across the board from closed accounts to those still available to open, following the last two base rate cuts earlier in the year, there are now over 480 on sale accounts that are paying a gross rate of 0.80% or more. For the first time this year, there are even easy access accounts paying above inflation.

Once again, fuel pump prices and changes to the domestic energy price cap as well as weakening demand during the lockdown resulted in inflation falling to its lowest level for three years. Price rises to recreational goods such as computer games, construction toys and craft kits partly offset this as there has, unsurprisingly, been a high demand recently. There was also an increase in the price of alcoholic drinks and food including a rise to the price of vegetables which, the ONS suggests, reflects a switch for shoppers from internationally to domestically grown produce.

We don’t know what inflation will do next and, in fact, the ONS has explained that as consumer habits have transformed virtually overnight, a rebalancing of the ‘basket of goods’ used to measure inflation may be needed to get a better measure of what is really happening in these extraordinary circumstances. However, although huge amounts of money are being pumped into the economy at the moment by both the Bank of England and the Government, many economists expect to see inflation remain low at least for the short term.

The problem with such low inflation is that it could put pressure on the Bank of England to cut interest rates again. The Governor of the Bank of England, Andrew Bailey, has stated that he has “changed his position a bit” and won’t rule out moving into negative interest rates if necessary. He stated that the central bank is actively considering all options to help see the economy through a deep recession and told MPs that it would be ‘foolish’ to rule out cutting the cost of borrowing to below zero.

But what would that mean for savers?

This is potentially good news for borrowers, althought it sounds pretty scary for savers who have been suffering with low interest rates for so long now. Just when we think it can’t get any worse, more news is released.

Negative interest rates could mean that the banks and building societies would have to pay to keep money on deposit with the Bank of England, however it’s unlikely that they would charge all customers on their savings.

That said, the high street banks are already paying as little as 0.01% on easy access accounts - so there is little wiggle room to cut rates further. Could they start to charge customers on their savings – in the way that some current accounts charge a fee? If they did this, it could be the catalyst to get loyal savers to move their money from their bank. However, the worry is that if they do withdraw their funds, they keep it stashed under the metaphorical mattress, which would create a big security risk.

Hopefully it won’t come to that though, as there are likely to still be plenty of savings providers who will be keen to continue to raise money from savings customers. So we’d expect to see accounts still available which pay at least some interest - but it’s more likely that these will be providers that are relatively unknown.

As always, it's important to stay vigilant to make sure that any savings account you do look to open is what you think it is and is legitimate. If the account you have found pays a higher interest rate than those listed on our best buy tables, then it could be an investment rather than a cash savings account and therefore higher risk than you think – or even worse, It could be a scam.

All the accounts that we list on our website are covered by the Financial Services Compensation Scheme or European equivalent – which means that up to £85,000 per person, per banking licence is protected. Check our guide to the Financial Services Compensation Scheme – and if the account does not appear on our tables, contact us to check that it is what you think it is.