🔔 NS&I hit with record £6.3bn in withdrawals in just one month, due to disillusioned savers

Well, you certainly voted with your feet.

According to Bank of England figures, disillusioned savers withdrew £6.3bn from NS&I accounts in November alone, following its announcement in September that it was cutting the rates on offer to virtually nothing in some cases. 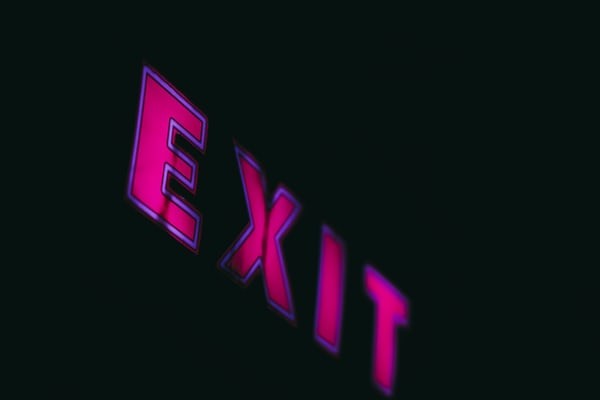 A further £2.7bn was withdrawn in December, bringing the total amount withdrawn from NS&I in the third quarter of its financial year to £9.5bn (with a more modest amount being withdrawn in October) - and no doubt a further huge swathe of cash has exited this month. This abandonment occurred despite the fact that it has been challenging, to say the least, for savers to access their accounts after the announcement, as NS&I struggled to meet the demand from many of its 25 million savers looking to move their money to better paying accounts.

This has caused so much inconvenience that NS&I has resorted to a banner on the home page of its website saying “We’re sorry if you’ve had trouble getting in touch recently. We’re working hard to get everything back on track”

Although surely this mass exodus was to be expected, it means that NS&I is now £6.2bn short of its funding target – the amount it is asked to raise for the Government each year.

This target had been increased to £35bn from just £6bn in July 2020 and in the first two quarters of the financial year 2020/21 (April to September), savers poured £38.3bn into NS&I products which offered some of the best rates on the market at that time. Months later however the rug was pulled from under their feet as rates were cut to next to nothing.

If money continues to haemorrhage from NS&I, they could be in a position where they have to increase rates once more to attract money back in, in order to hit their target by the end of March this year! That said, even if they did raise rates, it’s not likely they would be terribly competitive as they would not want to repeat the huge influx that they saw in the earlier part of 2020.

Partly as a result of this money being withdrawn from NS&I, flows into other deposit accounts from the rest of the savings market rose to £20.9bn in December, up from an already staggering £18.4 billion in November and now, according to the Bank of England, in total there is almost £1.6tr in household cash deposits. This is in addition to what is still being held in NS&I accounts. Perhaps even more worryingly, a staggering £225bn of this is sitting in non-interest bearing deposits – so probably in people’s current accounts.

Even in these low interest rates times, savers are missing out on millions of pounds in interest – if this money was earning just the average easy access rate of 0.25% AER *, this would equate to more than £562m interest that is being lost, to the benefit of the banks.

Added to that, those who are holding more than £85,000 with their bank or building society are also potentially leaving that excess unprotected by the Financial Services Compensation Scheme.  At least with their cash in NS&I, even if it is earning virtually nothing at all, it is as least protected by HM Treasury.

Outside of NS&I, the exception to the £85,000 limit is if you are protected by the lesser-known Temporary High Balance protection (THB), which means that up to £1m per bank or building society banking licence (in addition to the normal £85,000) is covered for. And as the name suggests, this protection is for a temporary period of time.

Introduced in July 2015, this THB means that those who received a large sum of money, due to certain life events such as an inheritance or the sale of a primary residence, will have up to £1m per provider protected for six months.

The temporary period had been extended from six months to 12 months from 6th August 2020 until 1st February this year, so anyone who received their cash lump sum before 1st February 2021 will continue to enjoy the extension of 12 months. For example, if you received the cash in September 2020, it will still be protected by the THB until September 2021. And as the extension was applied to all deposits both before and after the extension was introduced, those who received cash in March last year, for example, will also still be protected for 12 months – so until March 2021. For everyone else receiving life event money after the 1 February, the protection period  will revert back to six months period.

For more information about the Temporary High Balance Protection, download our Factsheet.

If you have money languishing in an account earning little or nothing, there are still ways you can earn a bit more interest – and make sure the money is safe. Take a look at our best buy tables to find the best accounts to meet your circumstances.

If you’re dismayed with the rates being offered to savers and would like to explore other options outside of cash why not get in touch. We’re currently offering all those with £100,000 or more in savings, investments or pensions a FREE financial planning review with one of our TPO colleagues, worth £500. You can find out more here.