🔔 Pet collars are in – doughnuts are out!

What’s in the inflation basket has changed, but inflation’s relentless march upwards has not!

The Consumer Prices Index, often referred to as CPI, measures the rate at which the price of goods and services which are used by UK households, rise or fall. So, when CPI is higher, this indicates that it will cost more to buy the same items today, compared to the same time last year. And that is certainly true at the moment. 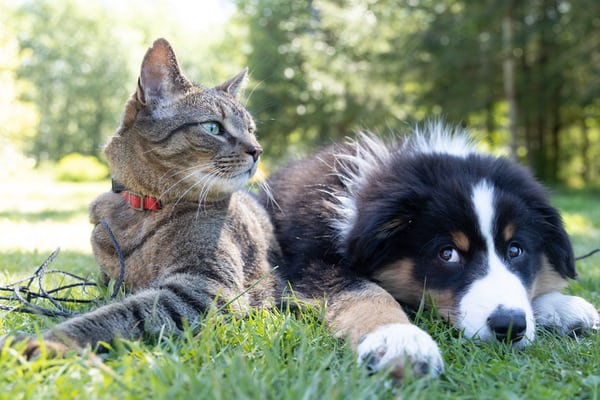 The latest inflation figures released by the Office for National Statistics (ONS) show that in the 12 months to March 2022, the cost of these goods and services were 7% more expensive than they were last year. This is the highest rate of inflation that we’ve experienced since March 1992 – so 30 years ago. And unfortunately, economists are expecting inflation to rise even higher – possibly to breach 9% this month. That would be a step back to the 1980s, as the last time inflation reached this dizzy height was February 1982, when it reached 10.4%

It won’t be a surprise for many to know that the key reason for this news is the spiralling cost of energy bills and fuel, and the biggest increase came from the cost of filling up at the pump after the war in Ukraine increased the oil price almost to record levels, due to concerns over supply disruption and sanctions. And higher energy bill prices are likely to be felt far more later this year after a 54% increase in the Ofgem price cap, which will prolong the inflationary pain.

Food prices are also expected to continue to rise, especially on items that we rely on that come from Russia and Ukraine. For example, between them, these two countries produce most of the world’s sunflower oil, so of course there has been an inevitable disruption in exports, which has led to suppliers running short. And fertilizer is one of Russia’s biggest exports, so prices have soared recently which will have an effect on the price of even home grown produce.

There are a lot of other items that are considered when the inflation rate is calculated by using the value of a ‘basket of goods’ that are typical for many. And, because what people buy tends to change over time, so too do the items that are added to the virtual basket. The ONS reviews this basket annually and the latest changes were announced last month.

In the 2022 review, from the basket of approximately 180,000 items of representative consumer goods and services, 19 items have been added, while 15 items were removed.

And judging by these changes, it would appear that the aftereffects of the pandemic and lockdown are key to a change in our spending habits - for example, anti-bacterial wipes are one of the additions to the basket.

Working From Home has certainly had an impact, as men’s suits are out, while pet collars are in, reflecting the increased pet ownership that occurred during the pandemic.

And a desire for a more environmentally positive and healthy way of life has also had an effect, as meat-free sausages, canned pulses and sports bras have been added, while doughnuts and coal have been removed.

One further example of how the inflation basket reflects how our lifestyles change and how technology advances is the fact that reference books, such as the Atlas and the Dictionary, have also been removed as the rise of the internet means that people in all age groups are resorting to electronic maps while dictionaries and thesaurus’s are so accessible online and via apps. There is some good news though, showing we have not turned completely away from our more traditional roots, as cookery books and travel books remain in the basket in the hardback non-fiction category.

Of course this basket of goods and services is very far reaching and as well as the obvious tangible items that you might go out to the shops to buy, it also includes services such as water supply and sewerage collection. But all in all, it means that while an overall inflation figure is announced each month, your actual inflation figure is likely to be very difference depending on your spending habits. This point is illustrated in our recent article “The importance of understanding your own personal rate of inflation”

If you’re worried about rising inflation and think you might be holding too much in cash, perhaps you'd like to explore other options, so why not get in touch.  We’re currently offering all those with £100,000 or more in savings, investments or pensions a FREE financial planning review with one of our TPO colleagues, worth £500. You can find out more here.