🔔 Where to save to beat inflation - is it still possible?

The Office for National Statistics (ONS) last week announced that the Consumer Prices Index (CPI) increased to 0.70% in March 2021, from 0.40% in February. While this is a bit of a jump upwards, it was in fact slightly below the expected amount on 0.80% that City economists had forecast. 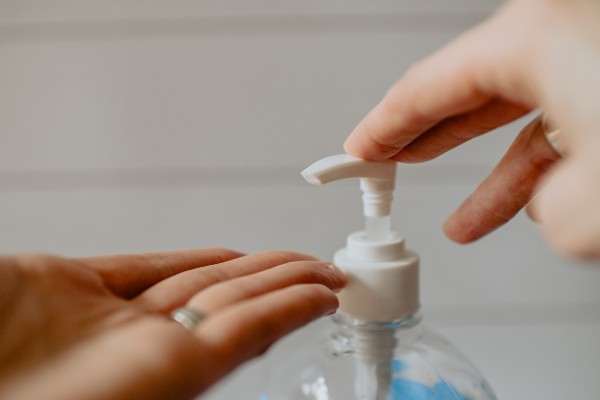 The increase was driven (excuse the pun) mainly by higher petrol and diesel costs and an increase in the cost of clothes – a turnaround from the month before when the price of clothes, compared to February 2020, had actually fallen.

CPI is calculated by looking at the overall price of goods in a virtual basket and comparing the price today with the price this time last year.

The Office for National Statistics (ONS) has recently carried out its annual review of items that it includes in the basket of goods it uses to measure the rate of inflation. And this year’s review reflects the impact of changes to our habits due to the Coronavirus Pandemic. Overall, 17 items were added and 10 have been removed while 729 items remained unchanged.

Given changes to the virtual basket reflect dramatic changes to our behaviour over the last year or so, it makes sense that hand sanitiser has been added to the basket, along with items like dumbbells for those who would normally be lifting weights in the gym, and smartwatches – that record how many steps we take every day.

Also, an inclusion of loungewear items reflects the continuing move towards more casual clothing as many of us work from home and indeed stay at home rather than dressing up to go out.

On the flipside, items such as staff restaurant sandwiches – so sandwiches bought at work - are out.

Sam Beckett, ONS head of economic statistics, said: "The pandemic has impacted on our behaviour as consumers, and this has been reflected in the 2021 inflation basket of goods”.

While inflation dipped in February, driven by a surprise drop in the cost of clothing, it recovered to the January 2021 level in March 2021 of  0.70% and is expected to continue to rise further as the effect of lockdown easing filters into the economy.

Unfortunately, this means that the number of accounts that can keep your cash in line with the cost of living has and is likely to continue to reduce – but switching to the best accounts is still important to help mitigate, if not beat, the effects of inflation over the longer term.

All in all, even with this rise in inflation, there are now 139 savings accounts* - including a dwindling number of interest-paying current accounts - that match or beat the CPI inflation rate of 0.70%, so there are still plenty of accounts to choose from, although you would need to tie up your money for at least 12 to 18 months.

And, of course, if inflation continues to rise, as is being widely predicted, there is a chance that even money locked away today to gain the best rates, won't keep up with inflation for long.

Those who opted to lock in a year ago will be feeling pretty pleased with themselves. In March last year if you’d opted to lock some money away for at least a year, you would probably have at least made sure that your cash kept up with the cost of living. In fact, of the 103 12-month fixed term bonds that were available in March 2020, only nine were paying less that 0.70% AER. Unsurprisingly this handful that paid less than 0.70% AER included high street bank bonds. The Santander 1|2|3 one-year fixed rate bond paid just 0.60% AER last year while the option for non 1|2|3 account holders offered just 0.40% AER.  In contrast, the best paying 1-year bond was from BLME and was paying 1.65% AER.

If you had plumped for a five-year bond last March, you would be feeling even more smug as the rate you are earning could be as much as 2.10% AER (Gatehouse Bank) and that rate should apply for another four years!

What are the best savings rates to beat inflation?

Atom Bank has just launched a new 1-year Fixed Rate Bond paying 0.70% AER, which is the shortest term offering a rate that will at least keep pace with the cost of living… for now!

Over two years, United Trust Bank is paying the best rate of 0.80% AER and over five years, you can earn as much as 1.35% AER. There is a slightly better rate over five years from Gatehouse Bank - a Sharia-compliant bank. Its 5 Year Fixed Term Green Saver is paying an expected profit rate of 1.40% AER and for every Green Saver that is opened, Gatehouse Bank will plant a tree in a UK Woodland on your behalf. A nice bonus.

More interest can be earned, to help slow down the erosion of your cash if you refuse to settle for the worst rates.

This rise in inflation is likely to be the start of a more persistent increase, making it even harder for savers. Not only is the cost of living for many likely to increase as things become more expensive, there are - and are likely to increasingly be - fewer savings accounts to choose from that match or beat the rate of inflation, as there is no sign that the Bank of England Base Rate will increase any time soon.

However, those who have yet to move their cash from NS&I or leave their cash festering with a high street bank will feel the effect of inflation more than others – they are already being robbed of interest and capital, as these providers are paying some of the worst savings rates on the market. With inflation on the rise this will only get worse.

* In addition to the figures mentioned above, there are also a number of  competitive children’s savings accounts that pay above the current rate of inflation and so could be used to counteract the effects of inflation - albeit usually for smaller amounts and of course only for the benefit of the child.