🔔 Will the hawks replace the doves and raise interest rates?

The new Chief Economist of the Bank of England warns that high inflation is likely to persist in 2022.

Huw Pill succeeded Andy Haldane as the New Chief Economist at the Bank of England in September this year. 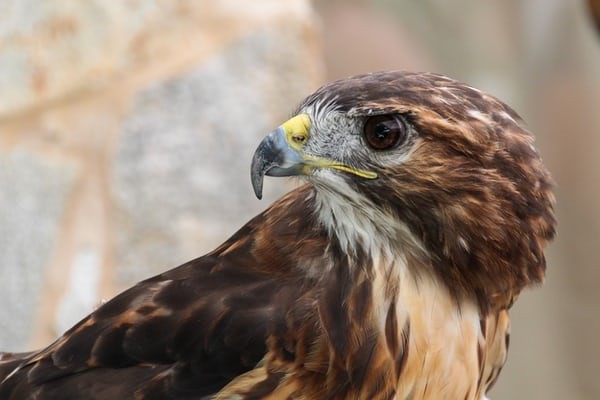 Back in June as he exited the Bank, Haldane said that the expected to see inflation soar to as much as 4% by the end of the year, even though the MPC had stated that it expected inflation to go above 3% for a ‘temporary period’.  Haldane said that if he was right, then the Bank of England would need to make higher interest rate rises than they would have previously thought.

According to his first public remarks as the new Chief Economist, it would appear that Huw Pill agrees with the more hawkish Haldane’s sentiment. He stated “In my view, that balance of risks is currently shifting towards great concerns about the inflation outlook, as the current strength of inflation looks set to prove more long-lasting than originally anticipated.”

What does it mean to be hawkish?

Higher interest rates tend to have a negative impact on stocks and indices within the affected economy, as investors sell assets in favour of lower-risk investments that still offer strong returns. This can in turn cause the economy’s currency to rise.

What does it mean to be dovish?

Doves vote for looser monetary policy, keeping interest rates low with the aim of boosting economic growth. This should increase spending, benefitting the economy and increasing employment, but it could come with the risk of rising inflation.

Lower interest rates tend to encourage investors to move their capital into higher-risk assets and discourage saving. This can have a positive effect on the stocks and indices within an economy, but a negative effect on its currency.

What has caused the recent and rapid rise in inflation?

Inflation has been on the up for a few months now but the recent and rapid rise in the cost of petrol and gas in particular has been notable. Figures from the National Grid shows a 213% increase in the price of gas since 1 January this year, with prices having grown by 71% since the start of August alone.

Much of the recent rise in UK inflation has been caused by the increasing costs of imported goods due to severe supply shortages, as well as international commodity prices, which are expected to be temporary as supply chain disruption eases. However, in the meantime inflation is expected to rise above 4% by the end of the year – as predicted by Andy Haldane and Pill has admitted that “the magnitude and duration of the transient inflation spike is proving greater than expected,”

That said, he still insists that 'inflationary pressures' pushing prices higher 'should subside' as the economy recovers from the coronavirus crisis. So, inflation should therefore only be a 'transient' issue.

Freelance financial journalist and presenter of BBC Money Box Paul Lewis says “Inflation keeps me awake at night. Everywhere you look – gas and electricity, the cost of drinking or eating out, your supermarket spend – prices are going up, driven by global shortages, fuel costs, and of course pay which the Prime Minister wants to make higher.

It has been so low for so long that younger adults will not remember the scourge of it. The last time it was consistently over 3% was 2012. But even the Bank is now saying it will exceed 4% by the end of the year.

And of course transient does not mean brief; ultimately everything passes. At 4.1% inflation the value of your money halves in barely 16 years. Of course I can’t sleep.”

What next for interest rates?

Although expectations are constantly changing, at the moment the markets are anticipating that the Bank of England base rate will rise from its current level of 0.10% to 0.75% by the end of next year – with the first hike of 0.15% to happen in February.

So, although the reason for an increase in the base rate is not great – nobody enjoys higher inflation – the outcome should be further increases in savings rates, which is good news for the savers among us.

Of course, the usual caveats apply, which I will repeat as it’s been a while since the last increase in the base rate.

If the Bank of England increases the base rate, this doesn’t mean that the rates on all savings accounts will rise. And even those that do, may well fall short of increasing in line with the base rate - so it’s really important to know what you are earning, and switch to something better if you are not being offered a fair deal.

We will of course keep a close eye on the Bank of England’s upcoming decisions and if and when a rate increase does happen, we’ll report back to you on the those providers playing fair and those that aren’t. Watch this space.