Although it’s hard to get your head around the idea that the Bank of England would cut the base rate into negative territory, the possibility has come into focus once again. 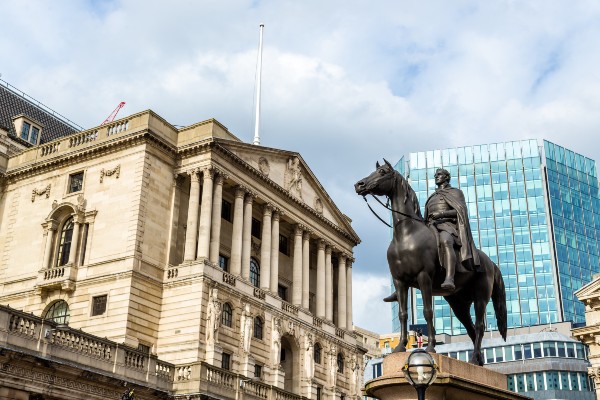 On Monday [12/10/2020], the BoE’s Prudential Regulation Authority (PRA) wrote a letter to specific firms in a fact-finding mission to understand how banks would cope if a negative or zero interest rate was implemented.

The BoE is “seeking information to understand firms’ operational readiness and challenges with potential implementation, particularly in terms of technology capabilities”

The letter which was sent by the Deputy Governor and CEO of the PRA, Sam Meadows, explained “For a negative Bank Rate to be effective as a policy tool, the financial sector – as the key transmission mechanism of monetary policy – would need to be operationally ready to implement it in a way that does not adversely affect the safety and soundness of firms.”

Meadows went on to insist that his correspondence is not an
indication that the Monetary Policy Committee (MPC) is about the introduce this measure, which, if it were to happen, would be the first time in the Bank’s 326 year history.

Meadows stated “This structured engagement is not indicative that the MPC will employ a zero or negative policy rate. The appropriate level of Bank Rate remains a decision for the MPC, which sets monetary policy to meet the 2% inflation target in a way that helps to sustain growth and employment. This engagement is not asking firms to begin taking steps to ensure they are operationally ready to implement a negative Bank Rate.”

He made it clear that officials needed to know whether there were operational or technological challenges involved in such a move.

“As part of this work, we are requesting specific information about your firm’s current readiness to deal with a zero bank rate, a negative bank rate, or a tiered system of reserves remuneration – and the steps that you would need to take to prepare for the implementation of these.”

According to a recent article in the Guardian, in the second Citizen’s Panel open forum held by the BoE on Monday, Andrew Bailey, the Bank’s governor, said the pandemic meant negative rates should be considered as part of its “tool kit” but that did not mean they would be used by Threadneedle Street.

He said that while several other central banks used negative rates, including the European Central Bank and the Bank of Japan, they mostly offered them to large corporations and there were only a few cases of high street lenders offering negative mortgages.

Bailey conceded that without their widespread adoption by mortgage lenders, “it limits the impact of the policy”.

Banks have been asked to reply to the information request by November 12, the Thursday after the next monetary policy announcement on November 5.

Although it would be unlikely that all deposit takers would start to charge a fee for savers’ placing their money with them, such a move would clearly not be good for savings rates – and it’s likely that we will see rates fall even further.

Since NS&I announced that they will be slashing rates at the end of November, we have already seen an end to most of the competition that had been gaining traction, especially in the fixed rate bond market, so if you are looking to lock some money away, you may not want to hold out for too long

That said, new Banks such as DF Capital, which recently launched with some market-leading products, are likely to offer some hope to savers, as these providers are still keen to raise money.

Those who are concerned that the MPC could implement negative interest rates might want to consider locking up at least some their cash into fixed rate bonds now – as it will protect them for further rate cuts in the savings market, at least for the term of their bonds.

And Sharia compliant fixed term bonds can also be considered as they are currently paying some of the best rates on the market. Whilst these bonds pay an Expected Profit Rate rather than a guaranteed fixed interest rate, to date, they have always delivered. And they state that if they were unable to pay the EPR in the further, they will offer customers the option to encash their bond, mid-term, with no penalty.

In more positive news,  a recent assessment of the health of UK banks showed that if the UK were to see an economic downturn worse than the one in March and that unemployment rose to 15%, the major UK banks would only lose 60% of their capital buffers meaning they are well placed to deal with a potential economic shock. This is in part due to the capital requirements that were set out following the 2008 Financial Crisis and that UK banks are now materially more robust than in previous crises.

If you’re concerned about what to do with your cash savings, especially those with larger balances, why not get in touch. In some cases, it may be worth exploring other options, as cash continues to disappoint.

We are currently offering all those with £100,000 or more in savings, investments or pensions a FREE cash flow savings and investment review worth up to £500. Reach out to our team of financial advisers to learn more about how we can help you manage your wealth.