🔔 Beware! Are you paying tax on your savings again?

Another base rate increase this week of 0.50%, means that the Bank of England base rate is at its highest level for over 13 years. It now stands at 1.75% - 1% higher than the highest rate we had seen over the preceding 10 years. While this is a great concern to those with debts, as higher interest rates can lead to higher loan repayments, it’s great news for savers, as pretty much all savings providers have now passed on some interest rate rises to at least some of their savings accounts. Although, as we’ve said in the past – how much your provider has and will pass on is a bit hit and miss. 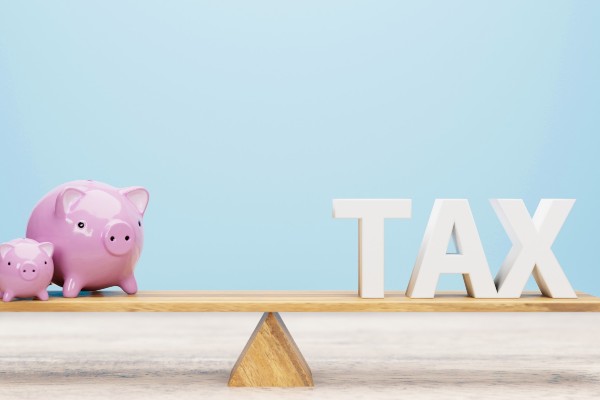 And rates are not back to where they were before the Funding for Lending Scheme was introduced in July 2012 – when the base rate was just 0.50%.

Considering that just over a year ago rates were at rock bottom, things have improved dramatically even if they are not back to the good old days – when interest rates were higher than inflation!

Higher interest rates could mean paying tax on your savings once again!

In those good old days, we would have been urging tax paying savers to ensure that they didn’t miss out on the chance to shelter some of their hard-earned savings in a tax free cash ISA, as any unused allowance cannot be carried over – if you don’t use it, you lose it.

However, the introduction of the Personal Savings Allowance (PSA) in April 2016 changed things, as the PSA means that basic rate taxpayers pay no tax on the first £1,000 of interest earned each year, while for higher rate taxpayers they have a £500 allowance. Additional rate taxpayers don’t receive a PSA, so nothing has changed for them.

At the time the PSA was introduced, HMRC declared that around 85% of savers would no longer pay tax on their savings, and as interest rates dropped to record lows, even more people would have fallen into this camp. As a result, the importance of the cash ISA waned and according to figures from the Bank of England, the amount held in cash ISAs has been falling.

But as interest rates have increased, the amount you need to have in savings before the PSA is breached has fallen sharply.

When the PSA was introduced, the biggest change to our savings was the way that interest was paid. Before the PSA, interest was paid after the deduction of basic rate tax, unless you were a non-taxpayer and completed an inland revenue form to confirm this. However, from April 2016 this changed and all interest was paid tax free, because the majority of savers would no longer need to pay tax on their savings interest. But, as the interest rates rise, many more people could find themselves breaching the PSA and therefore be liable to pay some tax.

The good news is that for those who are part of the PAYE scheme, any tax due will be taken via an amendment to your tax code. BUT, this will be estimated by HMRC, based on old information supplied by the banks and building societies – the actual interest you earn over the coming year may be very different, especially if you have added or removed large amounts of cash since the last tax year.

So it’s important to keep a close eye on your tax code and inform HMRC if things don’t look right.

Another thing to make sure you are aware of is when the interest on your account is deemed to have been paid.

If you open an account today and choose for the interest to be paid/added annually then it will count in the 2023/24 tax year. Whereas if you have the income paid/added monthly, it will start to count now too.

More importantly, there are a small number of fixed term bonds that apply all interest due on maturity – even if it is a longer term bond. This is quite unusual, however the recent rise in the rates on the NS&I Guaranteed Growth Bonds could catch some people out.

With most fixed rate bonds, even though you might not actually have access to the interest if you’ve opted to add it to the account, it is deemed to have been received each year and therefore is spread out over the term – making any tax liability far lower or even non-existent.

Although NS&I Guaranteed Growth Bond customers do benefit from compounded interest each year, unlike most fixed term bonds, the provider has stated that “We will add your interest without deducting any tax. However, the interest is taxable so it will count towards your Personal Savings Allowance in the year that your bond matures”

The reason this could be significant is because if all the interest is deemed to have been received in one year rather than spread over the term of the bond, it could well push the interest earned in that year over your annual Personal Savings Allowance (PSA).

Let me give you an example which assumes the saver is a basic rate taxpayer and has no other savings accounts held elsewhere.

If you rolled £35,000 into the current issue of the 3-Year NS&I Guaranteed Growth Bond (63rd Issue) paying 2.55% AER, if the interest was deemed to have been paid annually even though it is rolling up and compounding each year (as is the case with most fixed term bonds), you would receive gross interest of £892.50 in year 1, £915.26 in year 2 and £938.60 in the final year – all within the Personal Savings Allowance, so no tax would be payable.

However, as the interest on the NS&I Guaranteed Growth Bond is counted only in the year of maturity, a total amount of £2,746.36 will be received in one fell swoop. Therefore, tax of 20% is due on the £1,746.36 that exceeds the PSA, which is £349.23 of tax to pay on your savings – a pretty significant liability, especially if unexpected.

Some savers will be eligible for the starting rate for savings, which means that you can earn an extra £5,000 in interest before it is liable for tax, however this only applies to those whose other income (so wages or pension income for example) does not exceed £17,570.

What can I do to minimise the tax paid on my savings?

What all this means is that you can’t just rule out cash ISAs. With six base rate rises under our belt, and talk of more to come, will people turn back the cash ISAs to keep their savings as tax efficient as possible?

The problem is, the rates on cash ISAs are often so much lower than the non-ISA bonds - in some cases even if you pay tax on your bond you could earn more after tax, than you would from a tax-free ISA.

With interest rates rising, it’s time the banks and building societies stop offering ISAs with substandard rates. It’s a huge blow for savers as in many cases they can no longer benefit from the tax advantages that these accounts should offer, because the rates are so much worse than bonds. Hopefully as demand grows again, providers will be forced to rethink their behaviour and support this stalwart of the savings market.