While the Prime Minister’s New Year message asking for the country to ‘come together’ seemed to have little impact, there did appear to be a response to Trade Minister Liam Fox’s comments in the Sunday Times. He stated that if Parliament were to reject the Prime Minister's withdrawal bill, there would still be a 50-50 chance of Britain leaving the EU. 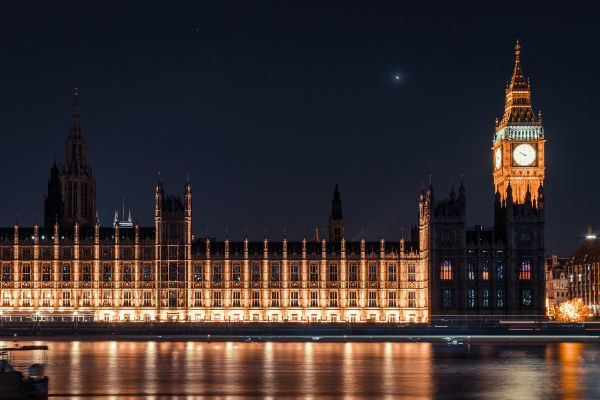 This week, MPs began their series of debates on the PM’s Brexit plan, resulting in two Government defeats in 24 hours. Parliament narrowly pushed through an amendment meaning the Government has to come up with a ‘plan B’ within three days if the proposed EU deal is rejected. It could mean less of a chance of a ‘no-deal’, which has been banded around as sending sterling into decline. Therefore plan B is of significant interest to the markets, as it could open up an opportunity for a second referendum. The other amendment restricts government spending on a no-deal Brexit, again an attempt to scupper a no-deal.

As pressure builds, voices inside and outside Parliament could lead to sterling volatility, as every little piece of Brexit commentary is heavily examined. Labour leader, Jeremy Corbyn, has issued a fresh call for a general election, suggesting a new government would have the mandate to negotiate a different deal with the EU. After talks with Theresa May this week, Japanese PM Shinzo Abe has pledged support for her withdrawal agreement. Interestingly, Japanese-owned Honda has just announced a post-Brexit shutdown to adjust to all potential outcomes.

Kicking off 2019 with a rather lacklustre performance, sterling’s positioning is pegged heavily against next week’s key vote.

After cancelling the vote before Christmas to build up support for her Brexit plan, PM May will be trying everything in the next few days to garner more votes, while opposition parties and Tory rebels are adamant they will say no. The DUP, who vote with the Government to pass legislation, have already stated they are opposed to the current agreement, so some sharp, snap concessions could be coming to satisfy them. The DUP are after legal assurances that the Northern Ireland backstop is not indefinite.

It’s hard to imagine beyond the vote on the 15th, but positive statistics from UK core inflation and CBI business optimism could bolster the pound in a tricky month for the markets. Considering the CBI indicator decreased -16 in Q4 2018, the lowest reading since the third quarter of 2016 and retailers suffered the worst Christmas period in a decade, according to the British Retail Consortium, that positivity may not come.

Brexit continues to dominate the pound >>