National Savings & Investments (NS&I) has announced that it will not be going ahead with planned cuts to the Income Bonds, Direct Saver and Investment Account – which were scheduled to take place on 1 May 2020. 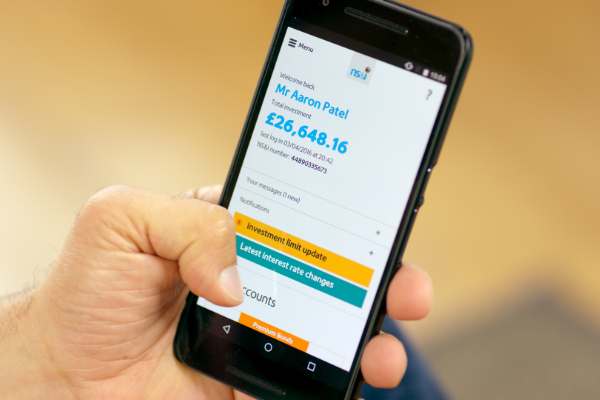 A spokesperson from NS&I stated:

"To support savers at this difficult time, we are not going ahead with the variable interest rate reductions that we previously announced. So our Premium Bonds, Direct Saver, Income Bonds and Investment Account will stay at their current rates. If you have any of these accounts, you don't need to do anything."

NS&I has urged customers to disregard any letter or notification that they have received, or will receive, about interest rate cuts to NS&I variable rate savings products.

This is great news, and something we hoped to see. When the second Bank of England base rate cut occurred last month and the Chancellor of the Exchequer announced the huge support it is providing to help prop up the economy, we thought that NS&I could be mobilised to help the Government raise money to support both the economy and help beleaguered savers.

During the First World War, an increased need for the Government to borrow money saw the launch of War Savings Certificates in 1916 and National War Bonds in 1917. The former cost 15s and 6d each and became worth £1 within five years. The latter payed 5% interest.

The amount raised during the First World War was almost £433m (around £30 billion based on 2019 values).

Similarly, the Savings Bank ran a nationwide campaign to help fund the Second World War, including a new issue of National Savings Certificates and the introduction of new Defence Bonds. Deposits into National Savings rose from £509m to £1,982m between 1939 and 1946.

In lieu of a new bond however, at least cancelling the scheduled cuts to the variable rate on-sale accounts is a step in the right direction. Although not offering the very best rates on the market, these accounts are competitive, especially for those with amounts of more than the Financial Services Compensation Scheme Limit of £85,000. The biggest draw of NS&I is the fact that ALL deposits with the provider are guaranteed by HM Treasury.

While this is good news, better easy access accounts can still be found, so take a look at our Easy Access Best Buy tables - although the protection with other providers will be limited to £85,000 per banking licence, under the Financial Services Compensation Scheme.

Some planned rate cuts are still going ahead however

Unfortunately the planned cuts to the off sale fixed rate products is still going ahead.

These scheduled cuts are as follows:

Although these rate cuts will take effect from 1st May customers holding Guaranteed Growth Bonds, Guaranteed Income Bonds and Fixed Interest Savings Certificates and whose investments mature on or before 1 June 2020 and who automatically renew into a new Issue of the same term, will receive the previous, higher interest rate.

However, any customers who choose to renew into a new Issue but a term of a different length, will receive the reduced interest rate effective from 1 May 2020.

Although the NS&I fixed term products are no longer on sale to new customers, existing bond holders are able to roll over. However, far better rates can be found as our Fixed Rate Bonds and Sharia Fixed Term Accounts best buy tables indicate.

So before accepting these rate cuts, shop around to see if you could earn better rates.

If you hold £100,000 or more in savings, investments or pensions, our sister company - The Private Office - is currently offering a free initial cash flow forecasting consultation, up to the value of £500, for you to map out your financial future. To arrange a call or video meeting, call one of the team on 0333 323 9065 or click here to request a call back.