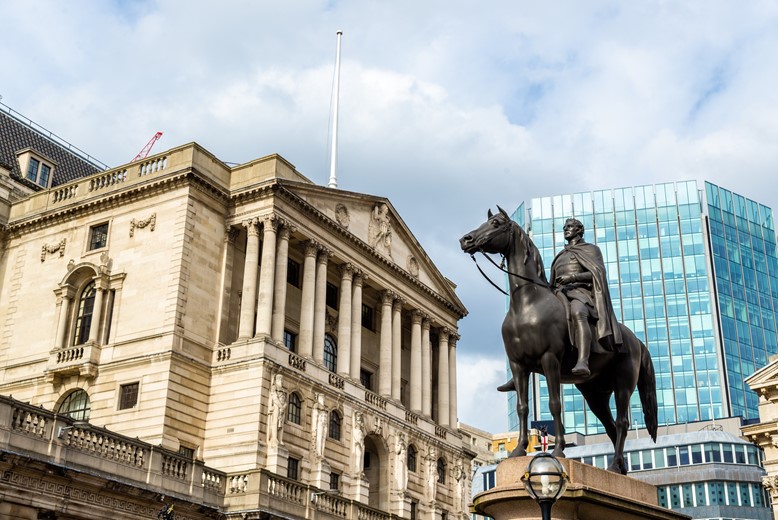 Considering the US Federal Reserve announced the biggest hike to its key interest rate in almost 30 years this week - of 0.75%, to a range of 1.50% to 1.75% - some may be disappointed that the UK MPC has restricted this latest rise to 0.25%. Of the nine committee members, six voted for the increase of 0.25% but three of them voted to increase base rate by 0.50%.

So, just how much higher is the base rate going to go – and more importantly, how much higher will savings rates go? Of course no one knows for sure what will happen, but some economists are predicting that base rate will rise to as high as 3% next year – and the markets are already pricing in an expected high of at least 2.5% - still a long way from 5.75% but surely a blessed relief for savers, as long as savings rates rise too.

Of course ever increasing inflation is the key reason that rates are going up so it’s a double edged sword – more interest to be earned but an even higher cost of living.

Why is the cost of living rising?

As the rate hike in the US illustrated, inflation is not just a UK problem – it is increasing globally. Prices were already rising as we started to get back to normal following the ease of Covid restrictions as there were simply more people trying to buy fewer goods and services – but this was to be expected. But, as our colleague at TPO, Chief Investment Officer Toni Meadows explained in the latest Markets Matter webinar;

“What central banks had not factored in was that as the world re-opened, there would also be a shortage of labour as people quit their jobs. This was just as service industries, such as hospitality, were trying to meet post pandemic demand. Again, as with goods prices, the price of labour and services went up and this is what caused central banks to react – because unlike goods price inflation, service based or labour inflation is much harder to squeeze out of the system and can lead people to demand higher wages on a regular basis; a so-called wage/price spiral.

And then came the war in Ukraine. Up until that point the expectation had been for inflation to spike but to fall back quite rapidly towards the levels targeted by major central banks. What the war in Ukraine does is to make the supply chain disruption far worse, as Russia and Ukraine are such important producers of so many difference commodities, not least energy and wheat. So now, inflation is expected to peak higher than before and to come down at a slower pace – to settle probably at a rate that is still above the aims of central banks.”

The Bank of England (BoE) has acknowledged that although some of the inflationary pressures have been exacerbated by the war in Ukraine, “not all of the excess inflation can be attributed to global events.” It admitted that “core consumer goods price inflation is higher in the United Kingdom than in the euro area and in the United States."

The Bank’s latest prediction for inflation is that it will remain at around the 9% level for the next few months, but rising to slightly above 11% in October, reflecting the expected rise of the Ofgem energy price cap which will be announced that month.

As a result, the BoE has stated that “The Committee will be particularly alert to indications of more persistent inflationary pressures, and will if necessary, act forcefully in response.”

What that actually means, we’ll have to wait and see.

Will savings rates rise much higher?

Unfortunately, although inflation continues to rise, and as a result the base rate will too, it’s unlikely that we’ll see easy access rates rise to as high as they were the last time base rate was at 1.25%. Believe it or not, back in January 2009, the best easy access account on the market was a whopping 6%. Today it’s a mere 1.56%, although that is a big increase from a low point of 0.50% a year ago.

Part of the problem is that the big banks, in particular, are awash with cash and therefore don’t need savers money. The amount of money in cash savings has increased by £278 billion since the beginning of the pandemic and today there is an extraordinary amount of £1.7 trillion in cash accounts – including £265 billion sitting in accounts paying no interest at all! Much of this will be held with the big banks, therefore we are depending on competition between newer and smaller banks and building societies to keep pushing rates up.

The good news is that with bond yields rising fast, this is an indication that the market is definitely expecting more rises to happen. 10-year gilt yields are currently above 2.50% - the highest they’ve been since 2014.

We’ll need to see how the savings providers react to this latest base rate rise – but what we do know is that you can’t rest on your laurels. With inflation looking likely to remain high for some time, savers need to find as much interest as they can to help mitigate against the eroding effect of a rising cost of living – and you simply can’t trust your bank to do the right thing. Some are better than others but it makes sense to review what you are currently earning and switch to something better if you can.

If you’re worried about rising inflation and think you might be holding too much in cash, perhaps you'd like to explore other options, so why not get in touch.  We’re offering all those with £100,000 or more in savings, investments or pensions a FREE financial planning review with one of our TPO colleagues, worth £500. You can find out more here.