🔔 The wait is over – new Bank of England Governor is announced

As well as a general election result, December also saw the Chancellor of the Exchequer announce the new Governor of the Bank of England (BoE). 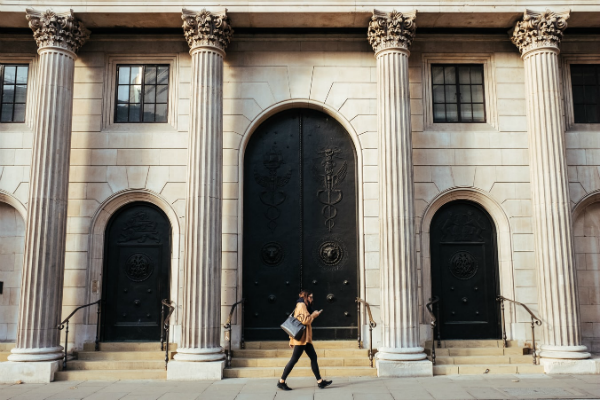 Andrew Bailey, who is currently Chief Executive Officer of the Financial Conduct Authority (FCA), will become the new Governor of the Bank of England from 16 March 2020, taking over from Mark Carney, who has served since 2013. Carney was supposed to have been leaving the role on 31st January, however he has agreed to stay on in order to ensure a smooth transition.

The Governor of the BoE is the most senior role at the Bank and chairs the Monetary Policy Committee (MPC), the Bank of England's interest rate setting body, and other policy committees – including the Financial Policy Committee of which Andrew Bailey has been a member since 2012.

The role has three main responsibilities;

Bailey will be the 121st Governor in the Bank’s 325 year history and the 9th to be appointed since the Bank’s nationalisation in 1946.

He has been appointed for an eight-year term and although he will receive an annual salary of £495,000, this will be a pay cut for the new Governor as, according to reports, he has earned well in excess on £500,000 per annum in salary and performance-related pay in the past two years at the FCA.

The Chancellor, Sajid Javid, said Bailey was the "stand-out candidate in a competitive field".

He is the right person to lead the Bank as we forge a new future outside the EU and level-up opportunity across the country.

However, the appointment has come under some criticism as, under Bailey’s stewardship, the FCA has come under fire for some financial controversies such as the collapse of mini-bond provider London Capital & Finance and the suspension and closure of star fund manager Neil Woodford’s funds.

That said, Bailey is also well known internationally for his role in the regulation of the banking system and protecting the economy during the financial crisis by playing a key role in the state bailout of Royal Bank of Scotland and Lloyds Banking Group.

He led much of the Bank’s work on bank resolution and supervision following the crisis of 2007/9 and has extensive international experience through his work with the Financial Stability Board, and the International Organisation of Securities Commissions.

Bailey will clearly face a huge first year in his new role, starting with Brexit, which is now due to take place on 31 January 2020. And with Boris Johnson hoping to rule out an extension to the transition period beyond December 2020, this could make things even tougher for the new Governor.

It is a tremendous honour to be chosen as Governor of the Bank of England and to have the opportunity to serve the people of the United Kingdom, particularly at such a critical time for the nation as we leave the European Union. The Bank has a very important job and, as Governor, I will continue the work that Mark Carney has done to ensure that it has the public interest at the heart of everything it does. It is important to me that the Bank continues to work for the public by maintaining monetary and financial stability and ensuring that financial institutions are safe and sound. I am committed to the Bank being an accessible and approachable institution, as well as an open and diverse place to work.

The former Deputy Governor has long-standing experience at the Bank. He has been chief executive of the FCA since 2016 but before this had been at the BoE for most of his career.

Bailey first joined the Bank of England in 1985 and since then has held various roles, including Executive Director for Banking Services and Chief Cashier, which means his signature is on millions of UK banknotes. He was also Private Secretary to the Governor and Head of the International Economic Analysis Division in Monetary Analysis.

He was born in Leicester where he attended Wyggeston Boys’ Grammar School. He gained his BA and PhD from Queens’ College Cambridge and is married with two children.