It’s now three weeks since the Bank of England’s Monetary Policy Committee (MPC) voted to raise the base rate to 0.25% following almost two years languishing at 0.10% - but how have the savings providers reacted so far? 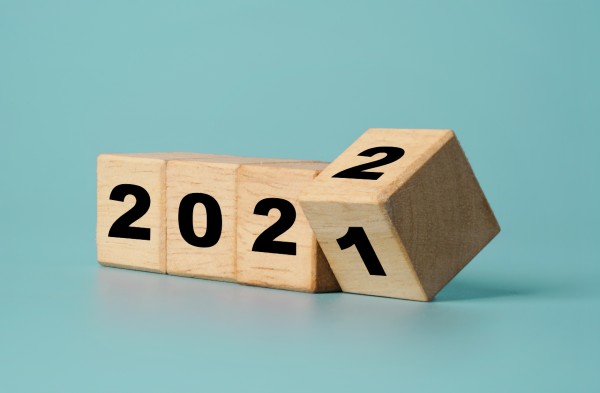 Well, I am sure you won’t be too shocked to hear that very little has happened so far.

And last but definitely not least, the Scottish Building society has upped the rates on its Cash ISA and E-ISA by 0.15% which means the new rate is a highly competitive 0.70% AER and goes straight to the top of our Variable Rate Best Buy table. Well done Scottish Building Society.

While we wait to see who the other good guys will be and who will steal yet more from their customers, here is a review of 2021.

And I’m going to kick off with some good news – over the course of 2021, across the board Best Buy rates have improved, even though there was only a base rate rise at the very end of the year.

The good news is that rates have risen this year, especially on the best buy easy access accounts. What hasn’t changed is the derisory rate you’ll be earning with your high street bank. At 0.01%, £10,000 will earn just £1 in interest over the year.

At the moment, the best rate is 0.67% AER with Shawbrook Bank. Unfortunately we have lost the top two best buy accounts this week – Investec has withdrawn its Online Flexi Saver which was paying 0.71% and then Cynergy Bank’s Online Easy Access account (Issue 43) paying 0.70% AER, has been made available to existing customers only.

Whilst the rates don’t sound great, at the beginning of the year the best rate available was just 0.50% and this dropped even lower during April and May when the market leading rate had fallen to 0.45% AER. So, if you did open an account around that time, it might be a good idea to see if you can switch to something better.

There has been a real recovery in the Fixed Rate Bond market over the year, driven by a healthy dose of competition from the challenger banks – as well as a general market expectation that there would be a base rate rise at some time.

This improvement has occurred across all terms although the 1-Year Bonds have increased the most from rock bottom in February, of 0.58% - the current best Fixed Rate Bond is paying 1.36%, that’s an increase of 134%!

The term that has seen the least improvement is the longer term five year bonds that have increased from a low of 1.25% to their current level of 2.10% AER. Although over 2% now, few people are interested in tying their money up for such a long time when there could be further rate rises to come.

Fixed Rate Isas have also risen and over one, two and three years the best rates are all now more than double their lowest level. But they are still paying far less than the equivalent non-Isa Fixed Rate Bonds. So much so that  even those basic rate taxpayers who are fully utilising their Personal Savings Allowance could earn more net interest on a bond, then they will tax-free interest on an Isa. That’s even after a last minute flurry of activity from Aldermore and United Trust Bank that have seen the banks jostling for the top spot across the key terms.

However this latest competition is only bringing the best buy rates up to where they were a couple of months ago – perhaps we’ll see more competition as we head into the Isa season.

The big news of the week I have already covered above in that Scottish Building Society has gone straight to the top of the table by increasing the rate for new and existing customers on the Cash ISA and E-ISA from 0.55% to 0.70%, which is good news indeed. But how does this compare to the top rates of 2021?

Well suffice to say that this is the best rate we’ve seen on an Easy Access Isa for more than a year and is higher than the best non Isa easy access account from Shawbrook Bank paying 0.67% AER.

At the beginning of 2021, the best rate wasn’t a lot less at 0.60% but as with the other types of savings account, best buy rates tumbled in April/May and at one point you could only find a rate of 0.45%. So, this is a welcome turnaround and one we hope will continue.

There’s been little change at the top of the Notice Best Buy table for a few months now, but like everything else, things have improved pretty significantly over the year.

In January, the best rate was a 90-day notice account from Gibraltar based moneycorp, which was paying 0.65% and unlike the rest of the market, rates stayed at this level until things started to improve in the middle of the year.

If you did open a notice account early last year you could certainly consider opening a better account with the minimum balance and giving notice on your lower paying issue. You can then review the situation when the money is ready to be released.

That's it for now - I hope to have lots more good news for you next time. And remember to keep an eye on any existing accounts that you have to see if your provider is one of the Good, the Bad or the Ugly.