🔔 The good, the bad and the ugly - a savings round-up

But what has happened to savings rates since then? As always, there are some good, bad and downright ugly moves from the providers. How is your provider treating you? 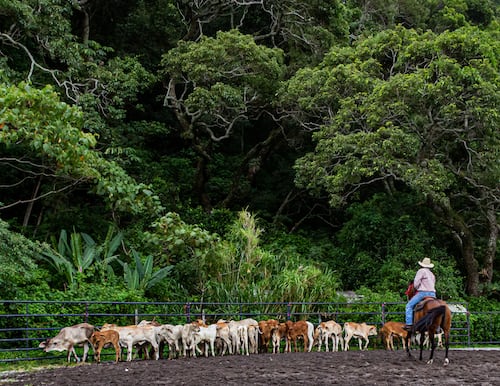 Although we have already seen cuts from many saving providers in the best buy tables, the cuts to existing accounts has been slower to materialise. Normally we would see an avalanche of rate cuts on the 1st working day of the month following the base rate reduction. But many of the cuts that have been announced still haven’t taken place, or have only recently come into force, giving savers a little bit of extra time to consider what to do next.

Some of the cuts so far have also been small, such as just 0.10% to the Marcus Online Savings Account – keeping it in the joint top spot of the easy access best buy table.

Joining it in the No1 position is RCI Bank’s Freedom Savings Account.

Which is yet to announce a rate cut and the Saga Easy Access Savings account which is also provided by Marcus, so no surprise there.

Of course the big news following the base rate cuts, was the U-turn from NS&I – so its easy access accounts have not seen the planned cuts go ahead. This means that NS&I is currently residing in our easy access best buy table with its Income Bonds account, paying out a monthly interest of 1.15% gross.

As expected, almost all best buy rates have continued to fall, as the effect of the double base rate cut in March is still being felt.

As well as almost all the big high street bank easy access accounts, there are now hundreds of ‘so-called’ savings accounts paying as little as 0.01% or 0.05% AER.

And Nationwide has come under huge criticism from savers for some of the swingeing cuts it has inflicted on its customers’ accounts.

The biggest cut announced so far is to two Nationwide Children’s accounts. Future Saver was cut from 3.50% to 1% on 1st May and the FlexOne Regular Saver will see the same cut applied with effect from 15th May.

But it’s not just about the biggest reductions, although clearly any large cuts will be a disaster for many people including those who rely on the interest – especially if they have no way to replenish their capital which no doubt means they will have to dip into their capital to make ends meet.

It’s also important to consider the rate being paid after the cut has taken place.

Some providers, including most of the high street banks, are already paying such low interest rates to their savers, that there is very little wiggle room to make things much worse – for example Lloyds Bank is currently paying just 0.01% on its on-sale Easy Saver. While HSBC, Barclays, NatWest, Royal Bank of Scotland and First Direct are all set to cut their easy access accounts to this level too, in the next few weeks.

What about the best buys?

As we have reported over the last few weeks, although we saw many accounts withdrawn and replaced with lower versions, there has been some resilience in the best buy tables.

Some fixed term bonds have held up fairly well. Habib Bank has kept it's 1 year bond paying 1.55% for several weeks which means it has found its way to the top on the best buy table.

FCMB Bank has a 2 year Bond that is exclusively available via the Raisin Platform, paying 1.66% AER*- plus if you are depositing via Raisin for the first time, you could be eligible for a bonus of up to £100.

But I fear this isn't the end of the saga - more cuts are likely to come.

As we are always saying, you mustn’t simply settle for whatever your provider is offering – so you need to check what you are currently earning and see if you can earn more elsewhere.

Those who do have savings but have not reviewed them, or have left cash in their bank, could actually see an increase to the interest they were earning before the cuts started, if they switch to one of the best paying accounts.

If you don’t need access to some of your cash, you could consider locking it up into a fixed rate bond, to protect against any further cuts that may be round the corner.

While we expected providers to pass on at least some of these dramatic rate cuts to savers, we hope that those that do, will match this action to support borrowers - in particular small businesses - not simply take advantage of this situation to improve their margins. It’s vital that the FCA keeps a close eye on this behaviour.

The banks and building societies have a responsibility to look after their savers as well as their borrowers – that means that when the base rate does increase again, they need to be fair and pass that rise onto their savings customers.